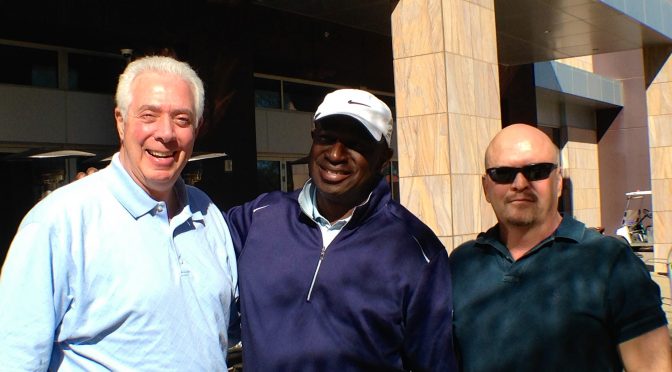 This year at a dental sleep meeting in Colorado, there was a noticeably different buzz going on amongst its attendees. The topic of conversation within groups of doctors was not the speakers or lecture content but the ever growing American Sleep and Breathing Academy “ASBA”. Why? The answer to that question is quite simple. The ASBA is the only Academy that works tirelessly for its members, both individually and collectively. With a full week still left in June, this month alone, the ASBA has placed 40 new patients with Academy Doctors. In addition to feeding patients directly to our members, the backing of former and current NFL and NBA stars such as  Marcus Allen Eric Dickerson, Chuck Foreman and Roy Green, is a marketing gold mine that is exclusive to the American Sleep and Breathing Academy membership.

In addition, the ASBA promotes non vendor education as another way to advance the profession and push for oral appliance therapy as the benchmark treatment for Obstructive Sleep Apnea (OSA). ASBA membership affords you the ability, through online and in person course options, to receive the newest information in treatment, billing and case studies from the most successful dentists treating OSA in the nation. In addition, the moment you become a member you will receive constant updates regarding state/federal guidelines and reimbursement information. This is just one more way that the ASBA is giving our doctors a leg up on non-members.

If you thought that wasn’t enough, congressmen/congresswomen and special committees formed by the ASBA are fighting politically for dentists as a whole. In an industry where CPAP is vastly over prescribed and reimbursement for it is plummeting, one of the most important goals of the Academy is to catapult oral appliance therapy into the go to treatment for OSA. On September 27th, key members of the American Sleep and Breathing Academy, along with NFL icons Roy Green, Eric Dickerson, Marcus Allen, Congressmen Marty Russo, Congressmen Jim McGovern, Congresswoman Anna Eshoo, and Senator Chris Dodd will be in front of a special congressional committee to discuss just that.

Aside from aggressively fighting for your rights as a dentist in the sleep medicine space, from a marketing standpoint, the ASBA is unrivaled. The Academy magazine, Sleep and Wellness, features articles on ASBA members every issue and distribution in over 100,000 medical and non-medical offices gives our members a reach that they could not obtain on their own.

Now is your time. Do not be left behind while the American Sleep and Breathing Academy and its members continue to revolutionize dental sleep medicine. Join us and let us fight for you!

Legal action initiated by ResMed against APEX and BMC Medical

The post Legal action initiated by ResMed against APEX and BMC Medical appeared first on Sleep Diagnosis and Therapy.

Add asthma to the growing list of diseases that may be helped by CPAP. The Cleveland Plain Dealer reports that Read More

I thought I would take a 2nd look at this article. Some good points -) T. Shumard Man vs. Machine Automatic scoring exists to assist technologists, not replace them. Changes in technology have been exponential over the last two decades. The sleep medicine industry has advanced significantly by software innovation. In our enthusiasm to wholeheartedly […]

A U.K. study has linked pain and insomnia, but researchers concede that the connection could be explained by lifestyle Read More