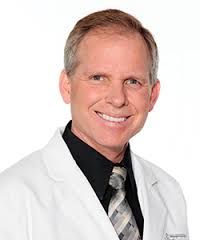 Sleep Apnea Dentistry is perhaps the fastest growing part of my life. In my career I have always associated with the best dentists in the country. In my travels I have heard one question over and over again “Is a dedicated sleep practice right for me?”. The other question is “How will I know when to make the jump to a sleep only practice?”.

If I knew then…

“And what do you do for a living Joe?” “Purchasing agent for recreational pharmaceuticals” he replied with a wink and an unforgettable grin. Joe was a police officer and loved his work, and he never hesitated to share a good story of their newest hit on the streets.  I had the privilege of working with Joe’s wife, Sarah, for 22 years, she was a powerhouse assistant and though patients might miss a chance

to see me, they never missed a chance to see Sarah!

I wish I could say she was on top of her game every day, truth is, she wasn’t. She would come in with her hands wrapped around a cup of coffee as though it were her security blanket for the day. And then I would hear the same old same old, “Joe was snoring so bad last night, I hardly got a wink.” Following her comments, someone would always have something to say to make everyone laugh. This went on week after week, year after year.

And then the dreaded phone call came, “Doc, can you come- Joe died in his sleep from an apparent heart attack.” Racing to their home, I arrived and joined the many other mourners.  Nothing made sense. Joe was a 40-year-old and in top physical shape.  Sure, there were a few thugs who didn’t care for his career – but there was no sign of struggle or foul play. Sarah was never the same, nor I was.

Several years later, I was taking a weekend course on “Sleep Apnea.”  And the pieces began to come together, all I could think of was Joe. I begin my search into dental sleep medicine with a determination to learn everything I possibly could and it wasn’t long until I knew that had I known then what I know now, Joe would most likely still be with us. From that moment on, dentistry changed for me. I began seeing my role differently and it wasn’t long until I was weaving sleep appliances in-between general dentistry and I always had a ‘win.’ Using Gergen’s Orthodontic Lab my cases were perfect, and that’s exactly what I was looking for.

I began experiencing a new fulfillment and I wanted more. Several patients that I had done a CBVT and radiologist read on were diagnosed with life threatening situations and their physicians called me to commend the find. Along the way a new group of challenges began to surface. I would look up to see my hygienist tapping her foot in the entrance of a treatment room, reminding me that I was spending too much time with ‘the sleep patient’ and it was sabotaging her schedule.  Though being a multi-tasker was a natural for me, I was struggling to keep it all flowing – perio, implants, pros, cosmetics and … Sleep. The sleep patients needed much more time and focus. And I had to choose between changing a life and saving a life. So I chose. In a very short period of time, I sold my dental practice and began a dedicated sleep practice. This is what I found:

U.S Army researchers recently cast a spotlight on adjustable oral appliances, with results of their study published in the Journal CHEST, Read More

Newly released data from the Centers for Disease Control (CDC) reports that about 4% of U.S. adults (20 and over) Read More

The post CDC Sheds Light on Prescription Drug Use appeared first on Sleep Diagnosis and Therapy.

Evidence for the obesity/sleep apnea connection is mounting, but asthma is back on the radar thanks to researchers at the Read More

The Salter Labs BiNAPS and other select pressure transducers are utilized during sleep disorder studies to simultaneously measure respiratory airflow and snore pressure signals via a sleep diagnostic cannula. When titration to CPAP is initiated it previously required switching to a snore microphone/sensor. Now with the Salter Labs® SnoreTac™ Snore Sensing Adapter, all that is required is […]