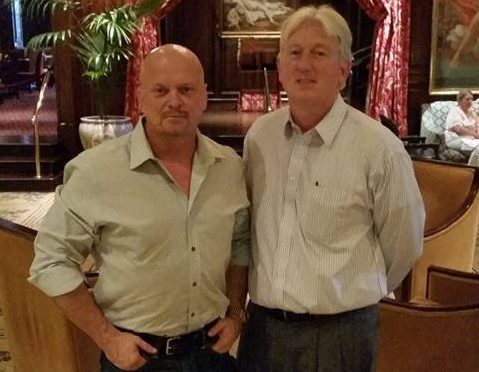 The CEO of the American Sleep and Breathing Academy has a clear mission: Educate and spread awareness of oral appliance therapy and sleep disorders to the public, and to the medical and dental professions. Serving as the ASBA’s CEO for the past five years, David Gergen has leveraged the power of athletic celebrity (helping hundreds of former NFL players get treated for sleep apnea) to shine a bright light on sleep disorders and grow the ASBA dental side from 0 to over 1,000 members.

His enormous push in the industry and the ASBA’s massive amount of success is largely in part due to his distinguished pedigree. Gergen is no stranger to elite leadership, coming from a family lineage that has generals and officers in the U.S. military. His family ties also include his grandmother as the first female bank president in the U.S., prominent politicians who have served in presidential cabinets and Hall of Fame athletes in various sports/states. The Gergen family success doesn’t stop there, as clearly seen by his son Johnny’s Minnesota state record for the largest recorded fish ever caught in the history of the state, his daughter Lennon’s successful modeling career appearing as the Mello Yellow girl and television actress in multiple T.V commercials and his oldest son David, like his father, as a state champion in high school football.

I can say with full confidence athleticism runs deep in the Gergen blood. I’ve seen David’s plaque signed by President Jimmy Carter recognizing him as a national record holder in the standing broad jump for the 11-12 year old age group in 1977, jumping 9’ 8 ¾”. That and many other state records he still holds today which have stood for over 30 years. His state championship in the 100 meter sprint is no small feat either. As a state champion football player and coach, he went on to being the only coach in Arizona state history to win a national championship, being presented with a plaque from the Arizona State Governor. Later in 2004, Gergen was presented with the Small Businessman of the Year award. Despite all of his triumphs, Gergen is still a humble person; it took me years of knowing him for him to ever mention any of this to me.

When I thought, “All of this can’t possibly be true,” I was finally able to verify all the stories I had heard after being introduced to his best friends since childhood who he met through Mensa, a special group of children who have high IQ’s- Warren and Will Faulkner. Warren added to his accomplishments telling me, “I convinced him to play with us in the Mormon church league and we took the team all the way to the national championship. David’s shot was so consistent I had to name him the invincible armada, his mere presence gave strength to the weak. David was good for 15-20 points a game and just as many rebounds. Despite being 5’7” he could dunk a basketball. Hops like that are super natural.” Another thing I wasn’t aware of, Faulkners are direct descendants of Edward Faulkner who was commissioned by Brigham Young to colonize Arizona. His loyalty to friends, family and business partners is unrivaled; David even hired Will Faulkner’s son, Skylar Faulkner, who is now his personal assistant. Skylar has said to me, “Working with David Gergen has shown me an entirely different side of success. He is a real winner, and it’s shows through everything he touches. The man has no fear whether it’s taking a business risk, a bar room brawl or defending his girl’s integrity, he’s down for the task. Gergen is the man you want on your team.” This is why when I heard about the hospital projects and the NFL player treatments, I needed to get the word out. Anyone who follows this man will win, that’s a fact. Come learn about how you can get hospitals near you referring you patients during a special dinner at the next ASBA study club with the NFL legend, Earl Campbell.

To register for the next ASBA study club, click here.

A nationwide “Sleep Well, Be Well” campaign is being launched this week as part of the National Healthy Sleep Read More

Researchers at the University of Montreal examined a wide swath of literature, concluding that much of sleepwalkers’ behavior comes down Read More

Sleep Apnea Therapy: Its all about the TEAM!

Sleep Disorders have dominated the health and wellness blogs and news sites for the last several years. It is time for patients and caregivers to wake up to the issues that come from sleep apnea. More than 40% of adults in the U.S. have a disorder such as snoring, insomnia, restless leg syndrome or sleep … END_OF_DOCUMENT_TOKEN_TO_BE_REPLACED

Pennsylvania-based giant Philips Respironics has what company officials are calling the industry’s first and only gel pillows mask, which brings Read More