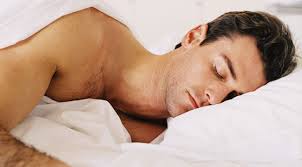 Most people underestimate how long they can survive without food. Prisoners that have gone on hunger strikes live around 60 days before their demise. Although there is not a lot of data on how long humans can survive without sleep, researches agree that it is considerably less. In studies the longest lifespan of sleep deprived rats was only 11 days.

We know that men outnumber women when it comes to those that suffer sleep disorders. These disorders are killers. The challenge for those concerned for us is to get us to act on the lifesaving  treatments for these nighttime disorders. But should you deprive us men our dinners, you will most likely see us go into an immediate survival mode and take action to nourish our poor starving bodies. It would seem very unnatural to state that we will take care of this another day when it’s more convenient.

It’s no surprise that women in general are willing to admit when they are in poor health and less likely to die because of it. If you look at drugs that Big Pharma push in advertising to the male demographic, it would appear that the erectile disorder drugs are the big money makers over heart and hypertension drugs. Once again, showing that we men often lose focus on the one area that is most important, living.

Mr. Andra is well known throughout the western United States for bringing sleep programs from initial startup to full operational capabilities by opening approximately 100 sleep facilities. Mr. Andra has been involved in sleep medicine since 1990 when he started one of the first sleep labs using computerized digital systems and one of the earliest portable EEG services in the market. Later, he was involved in large drug research studies as well as evaluating and field testing various medical devices needing FDA approvals including auto technologies with major PAP companies. Mr. Andra then added the dental sleep medicine as a part of his focus. He developed a dental tool named the “Andra Gauge” that is now sold internationally. The Andra Gauge has won Medical Innovation Awards and Dental Products Report had it in their “Top 10 Most Wanted Products”. As a regular on the sleep industry speaking circuit, Jeremy Andra is known for bringing both medical and dental professionals together to create successful business and patient models for Sleep Medicine. Mr. Andra now serves as Product Manager and Business Development Manager for Cadwell Laboratories.

Investigational Implantable Sleep Apnea Device to be Tested in U.S.

Inspire Medical Systems Inc has been given the go-ahead from regulators to sell the device in Europe and test it in the United States. The U.S. Food and Drug Administration has given its approval to begin testing the device for safety and efficacy among patients with moderate or severe obstructive sleep apnea at several medical centers […]

Getting the Message Braebon’s Don C. Bradley has seen a lot in his years in the sleep industry, but a subtle shift at the 2010 APSS signaled a new awareness that surprised the 20-year sleep veteran. Previously, inquiries at Braebon’s APSS booth were noticeably more reserved in their enthusiasm about portable sleep monitoring. Don C. […]

Abstract: Background: The purpose of this study was to test the impact of the Natural Frequency Technology (NFT) found in Philip Stein™ Watches (thought to promote overall well-being) and Sleep NFT, (a combination of frequencies designed to promote sleep) on sleep parameters in normal healthy individuals who routinely experience un-refreshing sleep. NFT is a sub […]